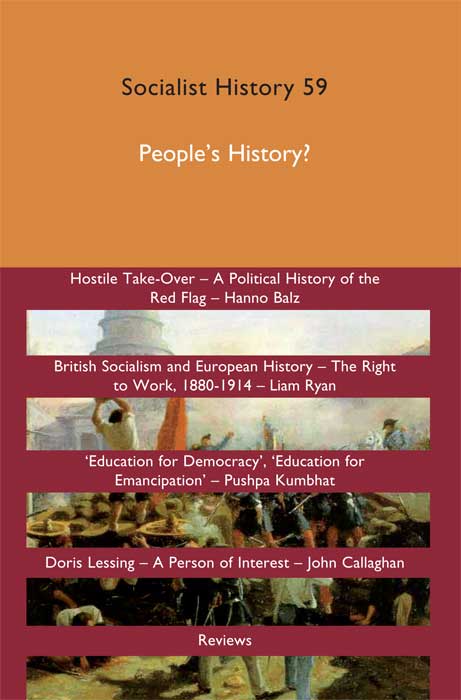 Doris Lessing: A Person of Interest

This article examines an important phase of Doris Lessing’s life – the years of her commitment to socialism, which began in the British colony of Southern Rhodesia (Zimbabwe) and which she continued in London as a member of the Communist Party of Great Britain and the New Left which emerged from it. World war and her experience of colonialism played a large part in initiating this commitment but so too did her belief that the Soviet Union represented a giant step forward as the first socialist state. She never ceased to discuss these years, but with a growing discomfort derived from her earlier support for Soviet socialism, probably compounded by the fact that she continued to express optimism about the USSR well after her resignation from the CPGB. The result was that she tended to downplay her Communist years and the work she did for the party. The article gives a fuller and clearer account of her political commitments than her own recollections provide of those socialist decades, and establishes continuities between her socialist years and the reforming zeal which suffused many of her later works of fiction.