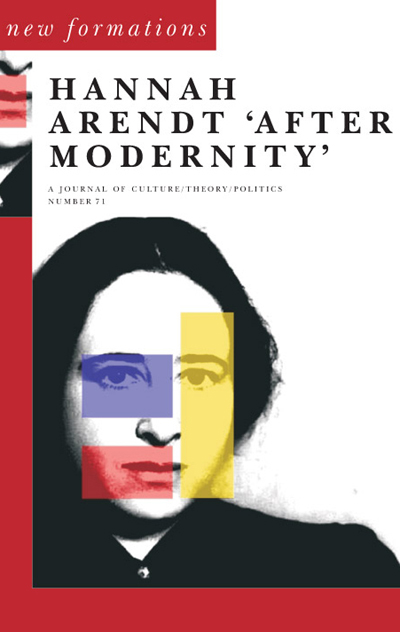 As one of the most incisive political philosophers of the post-war epoch, Hannah Arendt is well known for her critical reflections on anti-Semitism and the limitations of humanism; violence and revolutionary politics; morality and evil; judgement; and the aetiology of genocide and totalitarianism. Her reflections on the collapse of the public sphere and the loss of the shared human way of experiencing the world in the face of totalitarian state bureaucracies are no less valuable for confronting the destruction of the welfare state in contemporary western democracies today than they were for addressing the genealogy of totalitarianism in early twentieth-century Europe. What is more, Arendt’s reflections on the nation state and human rights from the standpoint of the refugee, and her critique of the superfluity of human life associated with mass culture and society have proven to be very fertile ground for contemporary thinkers such as Giorgio Agamben, Judith Butler, Paul Gilroy, Julia Kristeva, Jacqueline Rose and Edward Said (among others).