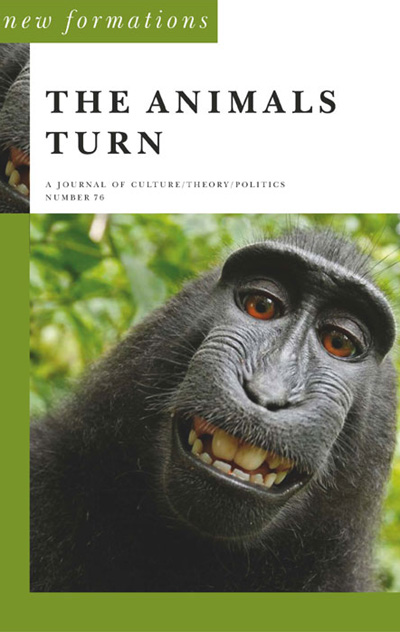 Modernity, Humans and Animals - Tensions in the Field of the Technical-Industrial Imaginary

Modernity, Humans and Animals - Tensions in the Field of the Technical-Industrial Imaginary
John Rundell, pages -

This essay is guided by two themes that concern the complexity of the modern world and the distinction between the human and the non-human. Keeping these themes in mind I will look first at the notion of modernity and the way in which notions of crises and tensions have been deployed, before turning to one set of tensions - the relation between the human and the non-human worlds through an analysis of the developments in the technical-industrial imaginary. In modernity, the regimes that humans put in place in relation to nature, and especially the animal world are constituted, principally, from the perspective of the industrialising imagination and technical regimes of control. I want to explore this theme and its crisis potential from the vantage point of both longer and shorter histories of human interactions with the animal world which intersect the history of modernity. The longer history includes the animal imbedded as a ‘natural’ extension to the human world, whilst the shorter one includes the animal as ‘non-natural’, prosthetic, or coded extension through the industrialization of the sign and the invention, for example, of DNA and genetic technologies. This interpretative move is made in order to throw the anthropological image of technical mastery into relief, as a prelude to critiquing it.

To cite this article
John Rundell (2012) Modernity, Humans and Animals - Tensions in the Field of the Technical-Industrial Imaginary, New Formations, 2012(76), -