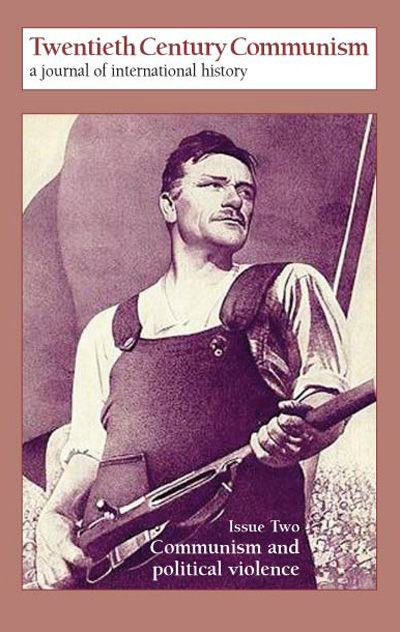 The People’s Militia: Communist and Kashmiri nationalism in the 1940s

The People’s Militia: Communist and Kashmiri nationalism in the 1940s
Andrew Whitehead, pages -

In autumn 1947 communists in the Indian princely state of Kashmir took the lead in organising a people’s militia, part of a mass mobilization which confirmed the end of princely rule and the advent to power of a radical Kashmiri nationalist movement. The embracing of popular armed force – to an extent revolutionary in purpose, but supporting rather than challenging the Indian state – was a novel departure for the Indian communist movement. Using oral history and contemporary news reports as well as secondary sources, this article addresses the role of communists in the militia and more widely in the National Conference, the Kashmiri nationalist party. It also explores other key aspects of communist influence the National Conference, including the drafting of its ‘New Kashmir’ manifesto of 1944; its ‘Quit Kashmir’ campaign of 1946; and its radical policies, notably on land ownership.

To cite this article
Andrew Whitehead (2010) The People’s Militia: Communist and Kashmiri nationalism in the 1940s, Twentieth Century Communism, 2010(2), -