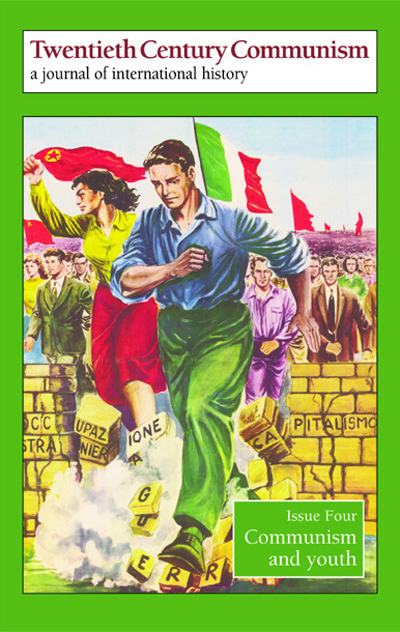 Organisations of youth […] which openly declare that they are still learning, that their main task is to train party workers for the socialist parties […] must be given every assistance. We must be patient with their faults and strive to correct them gradually, mainly by persuasion, and not by fighting them. The middle-aged and the aged often do not know how to approach the youth, for the youth must of necessity advance to socialism in a different way, by other paths, in other forms, in other circumstances than their fathers.1

The above quote comes from Lenin, speaking in 1916 on the role that the International League of Socialist Youth Organisations might play in the struggle ‘for revolutionary internationalism, for true socialism and against the prevailing opportunism’.2 Originally founded in 1907 in Stuttgart, and then abruptly collapsed following the outbreak of the First World War, the Socialist Youth International was re- established as a pacifist, radical network by Willi Muenzenberg in 1915. Two years later, after the October Revolution, the revamped Youth International sided with the Bolsheviks. On 20 November 1919, its allegiance to the Third International was then sealed by its transformation into the Communist Youth International (KIM), which remained active alongside the Comintern until 1943.3 In the post-war period, a somewhat looser coordination between communist-led youth organisations (including student networks and antifascist fronts) was guaranteed by the pro-soviet World Federation of Democratic Youth (WFDY), created in November 1945 in London and still active today. The main efforts of the WFDY were directed toward the organisation of the World Youth Festivals, a soviet-sponsored, pro-communist gathering that took place every two to three years, generally in an Eastern European capital, with the participation of some dozens of thousands of left-wing youths from all over the world.4