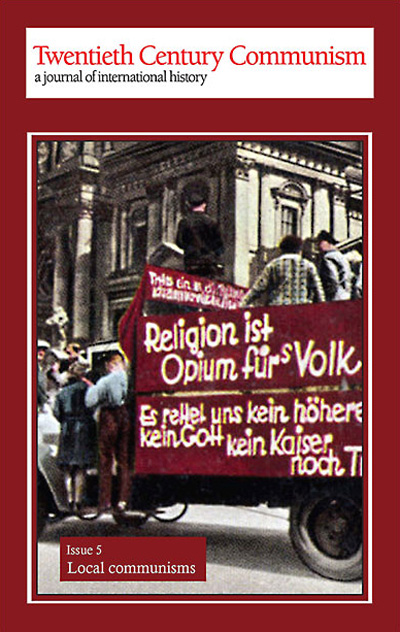 This article addresses how the universalism of the Bolsheviks’ ideology induced a range of tensions in the face of specific local conditions, from clashes within the multiethnic Soviet state to an inability to sanction ‘freedom of criticism’ within a global movement. This is also presented as at the root of mistaken perceptions of developments outside of Soviet Russia, for example Lenin’s belief that Munich in 1919 was a rerun of Petrograd in 1917. A number of specific local examples are then explored which, for example, detail how Moscow clashed with the continued influence of French syndicalism on the PCF; how the First World War followed by localised civil war in Germany disposed significant sections of the movement to political violence; and how British communism remained subsumed by the dominance of the ‘reformist’ wing of the labour movement.