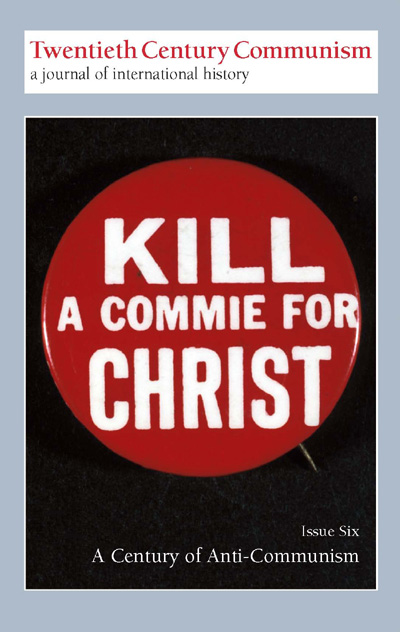 The traditions of African-American anti-communism

A common argument in the scholarly literature on civil rights posits that African-American activists who embraced anticommunism in the late 1940s and 1950s did so out of opportunism, fear, or cowardice, as the domestic Red Scare intensified repression across the United States. In signing onto the anticommunist crusade, many argue, these activists rejected alliances with the left and muted their criticism of domestic and foreign policy, resulting in a weaker civil rights movement with a narrow agenda. This article challenges that interpretation, arguing that hostility to political and economic radicalism in general and anticommunism in particular had a longer history in the black community that predated the onset of the Cold War by several decades. In placing post-war black anticommunism in a broader chronological context, the article emphasizes the continuities in black political thought and identifies what was new in the post-war years. It concludes that post-war black anticommunism was less opportunistic and more consistent and principled than many historians have suggested; on many levels it was informed by a genuine rejection of the Communist Party’s values and ideology, organizational style, allegiance to the Soviet Union, and renewed post-war sectarianism. In embracing an anticommunist stance, these black activists did not join the camp populated by more conservative and reactionary white anticommunists, for whom civil liberties were unimportant and civil rights undesirable. Rather, they maintained an approach to the Communist left that revealed anticommunism to be a multifaceted and complex phenomenon that cannot be reduced to crude McCarthyism.