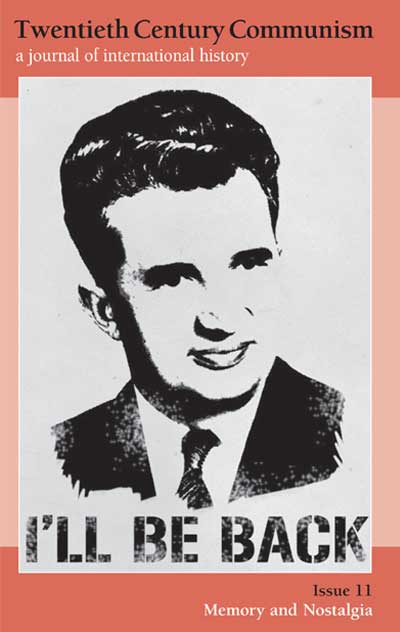 January 2015 records the pinnacle of left presence in Greece, as the country elects a leftist government for the first time in parliamentary history. The ‘Greek Depression’ (Kaiser 2011) slowly but surely revitalized a communist ethos for many Greek citizens, similar to what Paul Betts describes as ‘surprising passion and even longing’ (2014). This communist nostalgia is illustrated in Renio Dragasaki’s 2012 short film entitled Dad, Lenin and Freddy. Dragasaki’s story spans the years between 1980 and 1990, depicting the lifestyle of a family immersed in communist ideas and framed by communist ‘retro’ aesthetics up to the demise of the left altogether (Calotychos 2013). Daddy, Lenin and Freddy is seen here as a par excellence example of communist nostalgia, narrating landmark events of Greek politics of the time from the perspective of a 6 year old girl. In short, this article is looking at the legacy of communist nostalgia in post-dictatorship Greece, a nostalgia that, for middle and upper classes, has been predominantly mediated through a cultural-materialist progress and a celebration of commodities. Following Raymond Williams (2005), communist nostalgia in 2015 Greece is a cultural practice whose residue has been a reverberation of the communist experience of other Eastern European countries in the first instance. Simultaneously, this nostalgia’s presence forms the country’s current cultural identity.