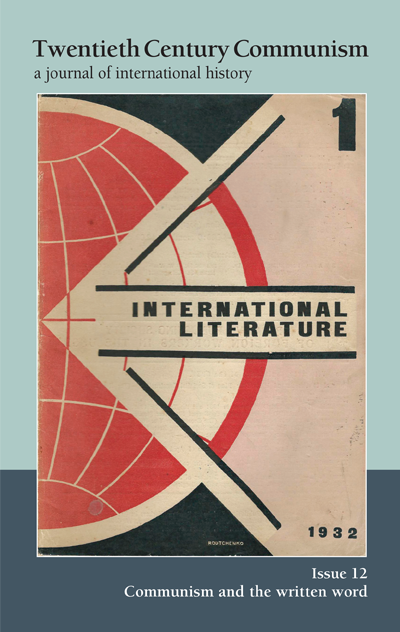 In his essays on the inner culture of the Communist Party of Great Britain (CPGB), the historian Raphael Samuel remarked that ‘educa-tion was a universal idiom’ in the party. Unsurprisingly, an organisation so concerned with learning attracted many schoolteachers and educationalists. A significant number were present at the CPGB’s foundation in 1920,2 and the party schoolteachers’ group numbered somewhere between one and three hundred for the next decade.3 Communists who were professionally engaged with the education of children were also relatively untouched by the schism between British communism and the labour movement’s institutions of adult education, which was the result of the Communist International (Comintern) in December 1922 specifying that the Plebs League and National Council of Labour Colleges should be brought under party control.4 And when the CPGB first made serious attempts to attract professional workers in the second half of the 1930s, the party’s official historian noted that schoolteachers were represented ‘above all’ among these recruits.5 They retained this presence into the post-war period. Between 1944 and the mid-1960s the around 2000 party schoolteachers were by far the largest ‘white collar’ profession represented at CPGB national congress; indeed they made up the third largest of all occupational groups inside the party.6 But it is not just the numerical force of British communists concerned with children’s education which makes them an interesting group to analyse.