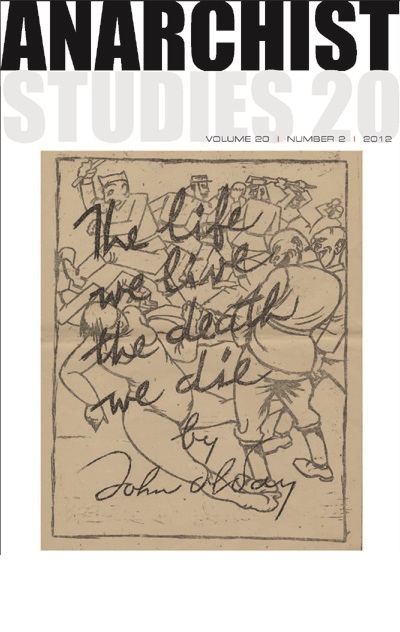 Anarchism and Council Communism - on the Russian Revolution

The Russian Revolution, being part of the revolutionary tradition of the exploited and oppressed, encompasses sufferings, horrors and tragedies, but also unfulfilled promises, hopes and revolutionary inspirations. The subversive heritage includes, among others, the largely neglected radical critiques of the Russian Revolution that preceded analogous Trotskyist endeavours. All these forgotten critiques, unrealised potentials and past struggles could act as a constantly renewed point of departure in the fight for human emancipation. This essay examines the two radical currents of anarchism and Council Communism and their critical confrontation with the Russian Revolution and the class character of the Soviet regime. First, it outlines the major anarchist critiques and analyses of the revolution (Kropotkin, Malatesta, Rocker, Goldman, Berkman and Voline). Following this, it explores the critique provided by the Council Communist tradition (Pannekoek, Gorter and Ru¨hle). The essay moves on to provide a critical re-evaluation of both anarchist and councilist appraisals of the Russian Revolution in order to disclose liberating intentions and tendencies that are living possibilities for contemporary radical anti-capitalist struggles all over the world. It also attempts to shed light on the limits, inadequacies and confusions of their approaches, derive lessons for the present social struggles and make explicit the political and theoretical implications of this anti-critique.

To cite this article
Christos Memos (2012) Anarchism and Council Communism - on the Russian Revolution, Anarchist Studies, 20(2), -