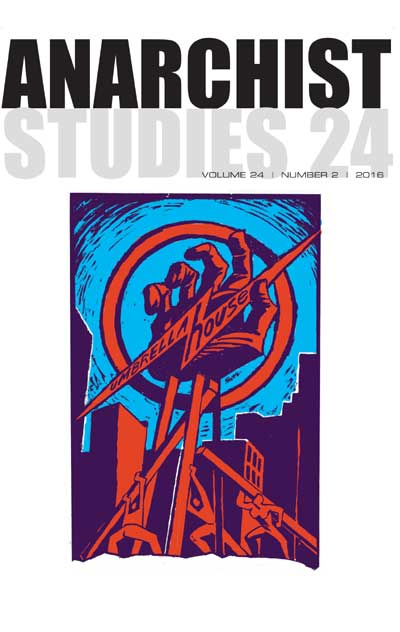 About this issue's cover

Umbrella House (1990) is by one of New York’s most well-known anarchist illustrators. Seth Tobocman is co-founder of the collectively produced semi-annual publication, World War Three Illustrated, which has been coming out since 1979. He is also author-illustrator of the scathingly irreverent You Don’t Have to Fuck People Over to Survive (1990); an invaluable first-hand analysis of squatting and gentrification in New York entitled War in the Neighbourhood (2000); Portraits of Israelis and Palestinians (2003), which was produced while teaching art in the Palestinian village of Dir Ibzia; Disaster and Resistance; Comics and Landscapes for the Twenty-First Century (2008); and Len: A Lawyer in History (2016). War in the Neighbourhood is long out of print, but a new edition is pending from the Canadian anarchist press, Ad Astra Comix (https://adastracomix.com/catalogue/). The book is a ‘must’ for anyone interested in the politics of squatting.