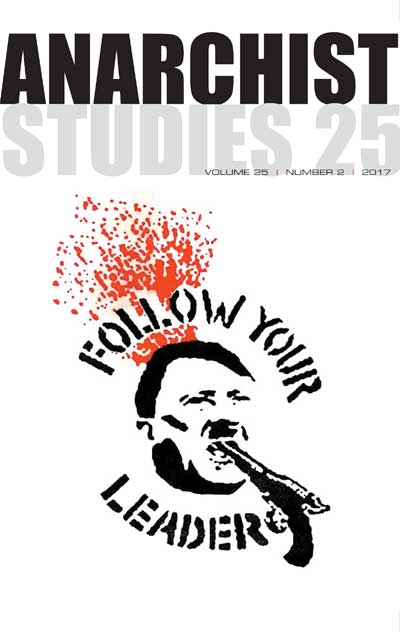 ‘A Good Deal of Disorder’ or The Anarchists & Anti-Fascism In The UK
M. Testa, pages -

This article opens with a press report of a particularly violent action involving anarchists at an anti-fascist action in the USA, shows how it was inaccurately perceived by media and law professionals, and how this indicates a universal lack of under-standing about anarchists and militant anti-fascism. We then focus on the UK to see how anarchists prioritise anti-fascism and show their historical connections with militant groups like Anti-Fascist Action (AFA), No Platform and Antifa from the 1980s through to the early 2000s, and their current support for the militant Anti-Fascist Network.

Despite a respectable tradition of physically confronting fascists from the 1930s to the 1960s, the contemporary Communist Party factions have little to do with physical force anti-fascism. The Socialist Workers Party (SWP) organised the hugely successful Rock Against Racism/Anti-Nazi League in 1978 that harnessed the energy of punks and bought them into the broader political struggle. The SWP also formed self-defence squads to protect their activities and supplied a model for effec-tive intelligence gathering and physical confrontation that is still used by anti-fascists today. The SWP now delegate their anti-fascist resources to the large, national UAF whose relationship with anarchists and other militants has been fractious.

Searchlight magazine also excelled in effective intelligence gathering, exposing fascists from the mid-1970s onwards, and were originally part of AFA but as we shall see, they were damaged by falsely smearing anarchists and by their relation-ship with state operatives; their revisionist tracts have also tried to airbrush militant socialists and anarchists out of recent anti-fascist history. Searchlight have now been superseded by the more vigorous Hope Not Hate campaign who split away from them and organise a broad front against the far right. Finally, we look at the mainly anarchist initiative of Anti-Fascist Network (AFN), their relationships with other anti-fascists, and how they are now the most prominent militant opposition to the far right in the UK, before drawing some conclusions on the current, global state of right wing politics and what anarchists could be doing about it.