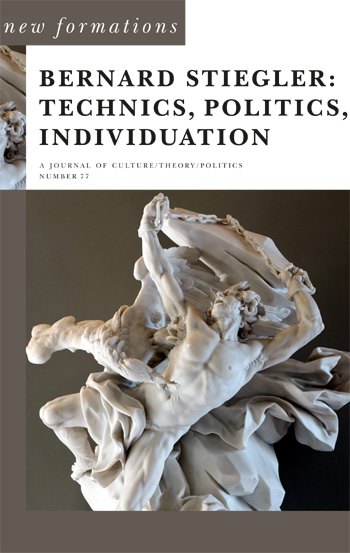 “Media studies as a field has traditionally been wary of the question of technology. Discussion of technology has often been restricted to relatively sterile debates about technological determinism. In recent times there has been renewed interest, however, in the technological dimension of media. In part this is doubtless due to rapid changes in media technology, such as the rise of the internet and the digital convergence of media technologies. But there are also an increasing number of writers who seem to believe that media theory, and more widely social science and the humanities, needs to rethink the question of technology and its relationship to society, culture and cultural production.  Andrew Feenberg has characterized the two most dominant positions as, on the one hand, the social constructivist or ‘technology studies’ approach to technology, and, on the other, ‘substantivist’ theories of technology. The social constructivist approach, aims to counter technological determinism by showing how the development of technology is shaped not by technical and scientific progress but by contingent social, cultural and economic forces.  The limitation of this view, however, is that it tends to see technology as no different from any other social process and it may lose the ability to distinguish between the technical object and any other social formation or cultural artefact. Doubtless constructivism would like to see technology as a subset of the cultural artefact and not vice versa, therefore explaining technology in terms of culture and society. But there are powerful arguments for arguing something like the opposite: in other words for understanding culture and society in terms of or as technical objects. In recent years this argument has been put most forcefully by the French philosopher Bernard Stiegler and it is to his work and its implications for media theory that this essay is dedicated. In particular I will show how Stiegler might defend his ideas around technics from the charge of technological determinism. Firstly, technics is not understood in the narrow sense of techno-scientific technology but in the wider sense of all the ways in which the human is exteriorised into artefacts or organized inorganic matter. Technics in this sense is therefore inseparable from culture and society and it makes no sense either to talk of technics determining culture and society or vice versa. Culture and society are not constituted by technics as if by a cause but rather constituted through it. Secondly, a technics in Stiegler’s sense does not represent scientific progress or a deterministic evolution; rather, however strange this may seem, technics is a kind of pure accidentality or contingency. For Stiegler it is because of the exteriorisation of the human into artefacts or inorganic organized matter that culture and society constitute themselves contingently. Stiegler’s work therefore offers a way for us to rethink the relationship between culture and technology in ways which can productively reconfigure the concerns of critical theory.”