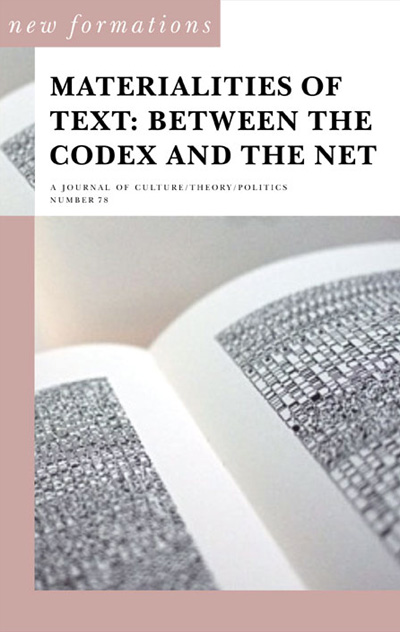 This essay foregrounds how technocultural assemblages - software platforms, algorithms, digital networks and affects - are constitutive of online racialized identities. Rather than being concerned with what online identities are in terms of ethno-racial representation and signification, we can explore how they are materialized via the technologies of online platforms. The essay focuses on the micro-blogging site of Twitter and the viral phenomenon of racialized hashtags - dubbed as ‘Blacktags’ - for example #onlyintheghetto or #ifsantawasblack. The circulation of these racialized hashtags is analyzed as the transmission of contagious meanings and affects, such as anti/racist humour, sentiment and social commentary. Blacktags as contagious digital objects play a role in constituting the ‘Black Twitter’ identities they articulate and interact with. Beyond conceiving Black Twitter as a group of preconstituted users tweeting racialized hashtags, Blacktags are instrumental in producing networked subjects which have the capacity to multiply the possibilities of being raced online. Thus, ethno-racial collective behaviours on the Twitter social media platform are grasped as emergent aggregations, materialized through the contagious social relations produced by the networked propagation of Blacktags.