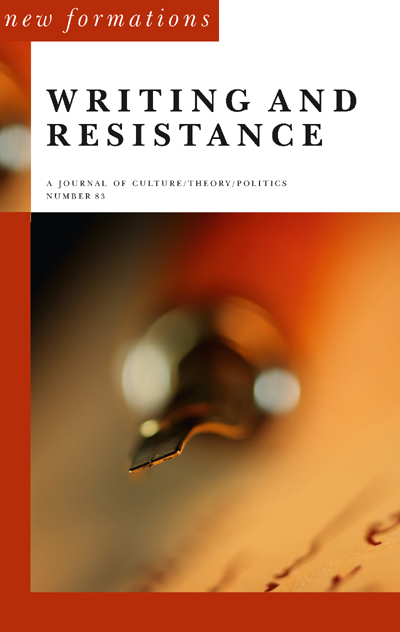 Aesthetics of the Secret

In re-igniting a familiar debate about the balance between state security and individual privacy, the revelations of former NSA contractor Edward Snowden have stalled on matters of regulation and reform, which treat secrecy, securitisation and surveillance largely in procedural terms. This article seeks to interrupt the containment strategies of communicative capitalism/democracy evident in these debates by configuring secrets as subject to and the subject of radical politics rather than regulation. Its premise is that we might be better able to form a radical political response to the ‘Snowden event’ by situating the secret within a distributive regime and imagining what collectivities and subjectivities the secret makes available. Through a consideration of artworks by Trevor Paglen and Jill Magid - which help us to stay with the secret as secret, rather than foregrounding the more individualistic notion of privacy or moving too quickly towards revelation and reform - the article turns from a hermeneutics of the secret towards an aesthetics of the secret. Considered as a Rancièrean ‘distribution of the sensible’, a delimitation of space, time, the visible, the sayable, the audible, and political experience, this aesthetics can help us to imagine a politics of the secret not bound to policy and legalities.