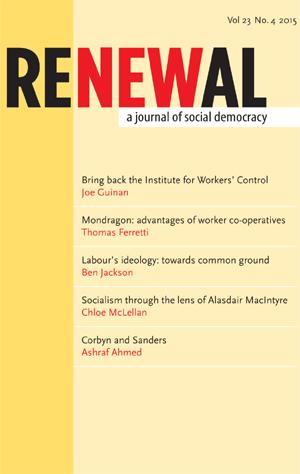 Thinkers and politicians from across the political spectrum have proposed to realise a ‘Property-Owning Democracy’. Right-wing politicians like Margaret Thatcher (or more recently David Cameron) have a narrow conception of Property-Owning Democracy, simply involving less regulation of property and some access to minimal property (like a little house) for everyone. More left-wing thinkers, like the Nobel Prize winning economist James Meade (1964; see also O’Neill (2015)) or the philosopher John Rawls (2001), two of the most important supporters of such a system, have a more radical understanding of it. They argue for a society in which income, but also financial and human capital, would be more fairly distributed and inequalities greatly reduced. This would help to secure political equality, equality of opportunity, and provide everyone with the real means to pursue their goals. Realising such a society might require what Ed Miliband proposed in the UK 2015 general election under the catchword ‘predistribution’: actually helping people to buy houses, helping workers get stronger negotiating power, investing in early childhood education, and so on. But as Meade and more recently Martin O’Neill and Thad Williamson (2012b) or Thomas Piketty (2014) have underlined, this may also require exploring alternative property structures for firms, giving workers the opportunity to have a share in productive property.