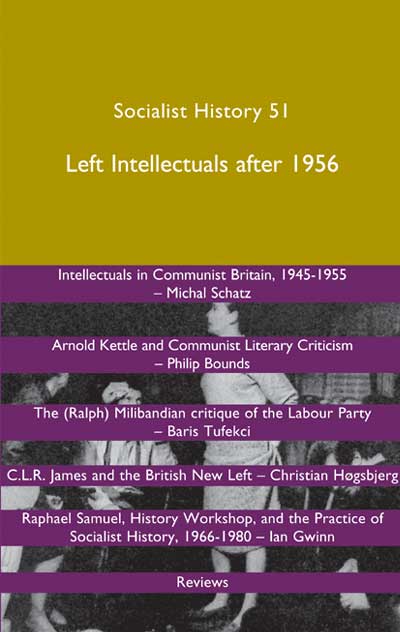 In 2014, we edited a collection of essays under the title Against the Grain: The British Far Left from 1956 (Manchester University Press). Our objective was really twofold. First, to generate discussion on the British left in general; to bring together scholars and writers in order to present a ‘way in’ to current thinking on the history of the British left. The context of the book’s gestation was telling: the idea began in the wake of the 2010 general election and the fall of New Labour. The global economic crisis of 2008 was still fresh and its interpretation ‘up for grabs’. Yet the left, especially the Marxist left armed with a still pertinent critique of capital, had not seemingly seized the initiative or much shaped the debate. The notion that it was ‘Labour’s fault’ – even that ‘old’ Labour spending habits lay behind the ‘crisis’ and thereby derailed New Labour and the economy more widely – held sway and was oft-repeated. The ‘moment’ of the 2015 general election was Ed Miliband’s being laughed at when he said he did not believe the previous Labour administration had spent ‘too much’.