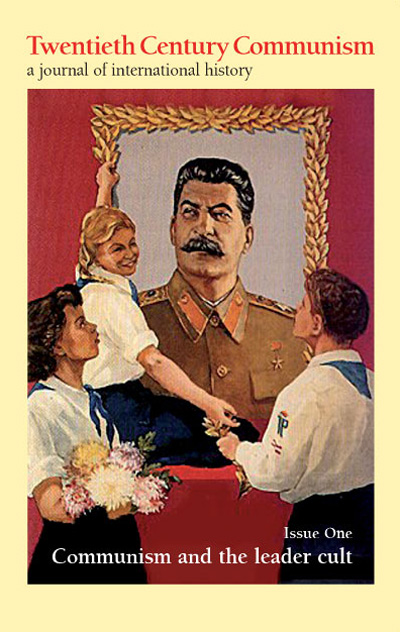 Re-imagining the cavalier of hope: The Brazilian communist party and the images of Luiz Carlos Prestes

Re-imagining the cavalier of hope: The Brazilian communist party and the images of Luiz Carlos Prestes
Marco Santana, pages -

Luiz Carlos Prestes was the most prominent leader of the Brazilian Communist Party (PCB). His military background and role in the famous Prestes Column meant that his image was one that could be effectively exploited by the party. However, his uncertain political antecedents also meant that he came under suspicion within the party, especially in the early years of his allegiance in the early 1930s. This article analyses the ways in which the image of its general secretary Luiz Carlos Prestes was built up and/or consolidated by the Brazilian Communist Party (PCB), focusing on the period from the 1920s to 1960. In tracing the construction of this ‘Brazilian hero’ over time, it draws on a wide range of sources: from poetry and popular literature, such as Jose Amado’s novel Cavalier of Hope; to official party documentation, daily periodicals and oral testimony.  It concludes that by forging this monumental image the PCB could claim a ‘commanding hero’ to be admired and followed, but found this creation difficult to control within the Bolshevik party model. Prestes, conversely, used the party’s representation of his leadership to support his political authority while losing control of the ways in which his image was exploited.

To cite this article
Marco Santana (2009) Re-imagining the cavalier of hope: The Brazilian communist party and the images of Luiz Carlos Prestes, Twentieth Century Communism, 2009(1), -