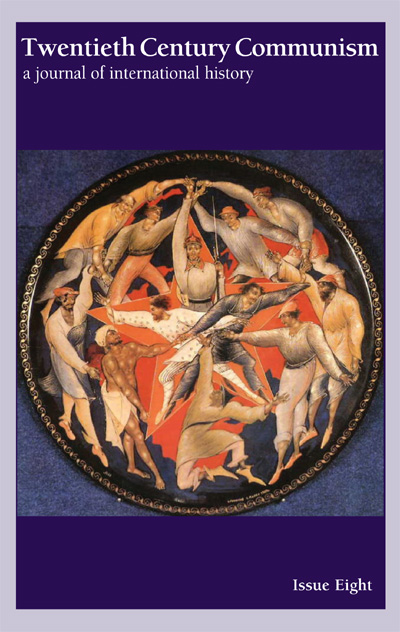 The Communist International (Comintern) has been a prominent topic of research in the wake of the ‘archival revolution’. This article considers the importance of internationalism in early Soviet Russia and shows how constant reference to its centrality at the beginning of the communist project was used against the rise of Stalinism - the orientation away from spreading revolution abroad to building ‘socialism in one country’ - not only by the Left Opposition, but crucially by the wider sections of Soviet society. The article re-conceptualises analyses of early Soviet internationalism and the Comintern by developing Max Weber’s concept of ‘institutional charisma’ in an innovative and convincing contribution above and beyond the current revival of interest in ‘political religion’ as a conceptual framework to explaining political belief and active engagement.  Drawing on Weber, it assesses the Comintern not just as an organisation, but as a political symbol and an embodiment of world-revolutionary charisma in early Soviet society.  By taking into account a broad variety of sources, the article considers the images of the Comintern that were created by the Party and how these shaped the imagination of the rank and file as well as reaching beyond the party membership.  It explores how the ‘international’ as a potent symbol was being assessed even before the Comintern’s official formation in 1919, and its transformations are followed through into the onset of Stalinism