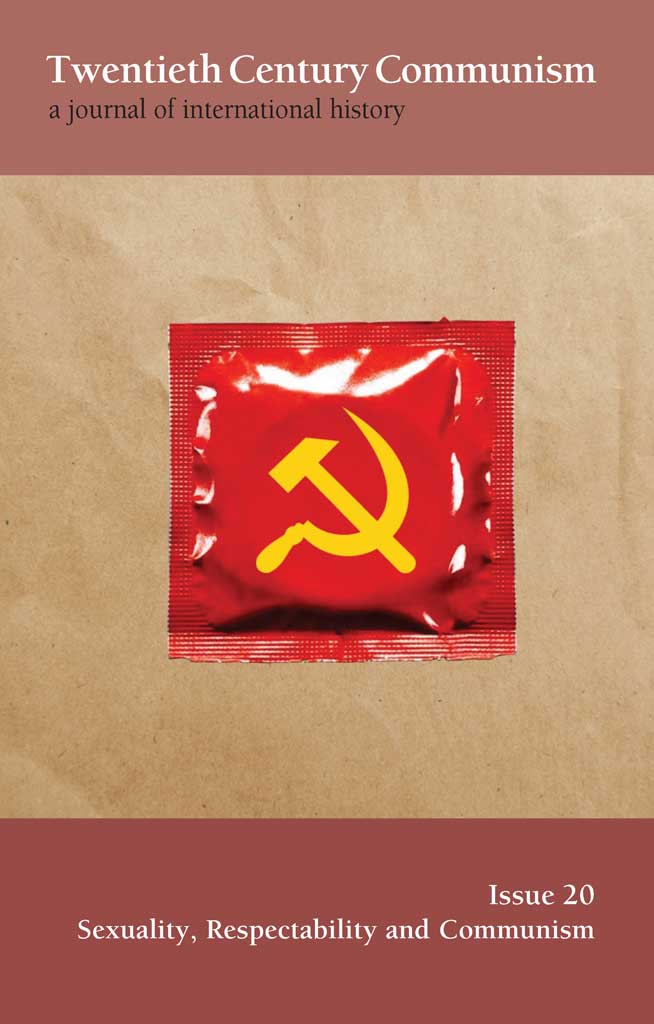 Sexology and the national Other in the Soviet Union

Sexology and the national Other in the Soviet Union
Dan Healey, pages 13-44

Historians have pointed to overseas colonialism and ‘race science’ as influential in the construction of European sexual science. Soviet sexology arose on a ‘semi-periphery’ between Europe and colonised societies. The ‘Others’ against whom Russian sexual ideals were forged would be ‘internally colonised’ peasants and non-Russian ethnicities of the Soviet Union’s internal orient. Pre-Stalinist sexology blended the ‘sexual revolution’ with European sexual science focused on workers in the Slavic urban industrial heartland; nationalities beyond this perceived heartland lagged behind and their sex lives required modernisation. Stalin virtually curtailed sexological research. After 1945 the party revived it to spur fertility, especially in Slavic urban centres where births had dropped below replacement rate. Ideological control constrained sexologists, confining them to silos, limiting internationalisation and cramping research. But new, heteronormative therapeutic measures, some from Western science, and others devised at home, were developed. Less vocal than Western or Eastern Bloc sexology, Soviet sex research continued to display anxiety about internal national and ethnic Others into the 1980s and beyond.