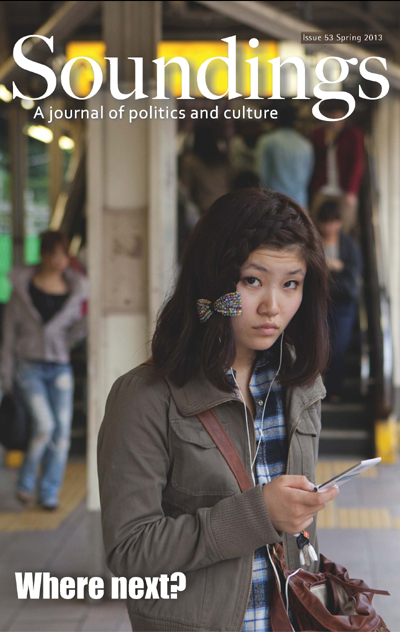 Editorial: Where next?
, pages -

Neoliberalism and how to end its dominance has been a central concern in Soundings since its inception. In this issue, we carry the framing statement for our online manifesto, After Neoliberalism?, written by the journal’s three founding editors, Stuart Hall, Doreen Massey and Michael Rustin. The aim of the manifesto is to focus attention on the nature of the neoliberal settlement, including the social, cultural and political battles that have attended its emergence and maintenance - and those that might help bring about its demise. It argues that mainstream political debate largely avoids confronting the systemic failures that underpin the financial crash, preferring to believe that normal service will shortly be resumed. And as long as this belief continues, political debate will centre on the extent to which state spending should be cut rather than on how to secure a political economy in which all of us have enough to live on, and a society in which the common good displaces profit as the ultimate goal.