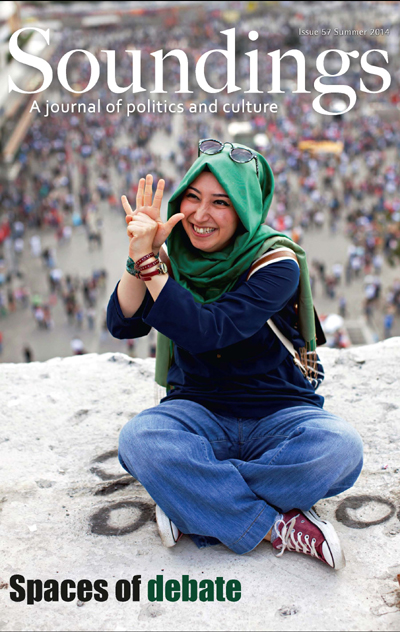 Across Europe, what Christos Laskos and Euclid Tsakalotos call ‘a general lack of plasticity’ has been a central feature of government reaction to the financial crisis. Seeking a return to business as usual via austerity measures has been a more or less standard response. But this political failure has also been vigorously contested. New spaces of debate have opened up that are challenging the dominant narrative and informing new movements for change. Some of these spaces and alternatives are discussed in this issue.

Greece has been at the heart of the European storm, and, partly because of this, debates on the Greek left have been wide-ranging and inspiring. In SYRIZA we start to see a model that the wider European left could emulate. The party has placed great emphasis on allying with and supporting new social movements born of political disenfranchisement, rising poverty and precarity - most notably the ‘take the squares’ and anti-austerity movements - but without seeking to lead and control them. This has been in stark contrast to the practices of other established left parties across the world, and has been key to their success, along with their commitment to open, inclusive and critically engaged debate about ways forward.

This political expansiveness is born from a politics rooted in an intellectual tradition that has also been central to the Soundings project. Christos Laskos and Euclid Tsakalotos write within a theoretical framework that we have often described as conjunctural analysis - seeking an understanding of politics in the round but also as located within a historical moment, and comprehending capitalism not simply as an economic system but also as a cultural and social formation. From this intellectual perspective, political and economic solutions are not seen as pre-existing movements and moments; and it is this openness to change and ability to react to fluid circumstances while retaining a rigorous critical engagement that has made SYRIZA’s rise possible. This stands in cautionary contrast to the disastrously immobile stance of many European centre-left governments in the face of austerity, and is miles away from the dogmatism that characterises left politics in the popular imaginary.

Irem Inceoglu writes from Turkey on the continuing influence of Gezi Park on political life. She argues that the spirit of Gezi was constrained during the local election campaigns in spring 2014, when for many it was put back into the bottle of party politics, but it has found a new home in the Occupy CHP movement. This is particularly interesting because it is an attempt to take Gezi politics into the heart of the main opposition party: ‘#OccupyCHP aims at governance in the Gezi Spirit: free thought, free consciousness and free conscience within the CHP’. Irem sees Occupy CHP as a sign that a new generation is seeking to engage with the mainstream while keeping their roots in social movements.

In our roundtable discussion on new movements of dissent Olga Abasolo reports from Spain on the Indignados, or 15 May Movement, which also started from the occupation of public spaces, and has become embedded in a number of civil society initiatives. In response Jeremy Gilbert argues that we are living in post-democratic societies, and these protests are giving voice to some of the very large numbers of people who feel disenfranchised. Both Jeremy and Hilary Wainwright believe that the new movements are articulating in new ways some of the radical democratic aspirations that were broadly defeated in the 1970s and 1980s. The instinct of neoliberalism is to solve the financial crisis at the expense of ordinary people, and if necessary democracy; and in response there has been a return by many to fundamental arguments about the kind of system we want to live in.

It is interesting to read these discussions alongside Gerry Hassan and Robin McAlpine’s articles on the Scotland referendum debate and Jon Cruddas and Michael Rustin’s discussion of the processes of the Labour Party Policy Review - two very different spaces of debate. As Robin McAlpine points out, ‘irrespective of the outcome, it has been an immensely liberating experience to be asked to consider your nation as if from scratch’. Gerry looks at some of the newer forms of horizontal organising that have bloomed in the space opened up by the posing of this fundamental question; as he argues, the old framework has been brought into question, and some of the hegemonic cultures that were anchored within it are failing to withstand scrutiny.1

The conversation between Jon Cruddas and Michael Rustin, in contrast, partly focuses on how to organise discussion about our democratic future within a party structure that has its own inbuilt resistances to grassroots democracy. Jon hopes that the Policy Review Process will be symbolic of a shift away from top-down politics, both within the party and in its wider programme for change. These debates closer to the mainstream are of course of crucial importance, and it is a cause for optimism that Jon also recognises the important of discussions between Labour and wider circles of ideas and activism.

This issue closes with two more instalments of the Soundings manifesto - one of the central concerns of which is to understand how debates are framed in order to bolster up particular arguments. Janet Newman and John Clarke recontextualise the way we think of the state, and assert its continuing importance for the left. They argue that we need to re-imagine the state as a site of contestation and compromise, not as a monolithic entity. Social movements and new ideas can lead to new settlements within the state: there are therefore always political possibilities for change. Doreen Massey and Michael Rustin point to the narrowness of the questions considered in mainstream economic debate, which has been reduced to the monitoring of a few indicators such as growth, inflation or GDP, without any consideration of deeper questions such as our manufacturing capacity, our needs and the sustainability of our way of life. These acts of framing are central to neoliberal hegemony: they define what we discuss.

The countering of dominant narratives continues in the rest of the issue. Eliane Glaser looks at the economy from the perspective of David Graeber’s concept of bullshit jobs. She shows the contradictions between current rhetoric about hard work, austerity and lean times and the endless proliferation of pointless jobs within the economy. As she argues, it is ‘bizarre for employers in the public and private sector alike to be behaving like the bureaucracies of the old Soviet Union, shelling out wages to workers they do not appear to need’. David Purdy shows how regime change has come about in previous periods of British history and puts forward ideas that could form the basis of a new paradigm.

Andrew Goffey, Ewen Speed and Lynne Pettinger describe how the information revolution in the NHS meshes with the interests of private companies. Technology influences both the way information is gathered and the nature of what is measured, but these processes are rarely subject to any critical review; and once data has been produced, its reduction of complex processes to arithmetical categories can be forgotten, and decisions more easily made through market practices. A narrative of information thus overlays a process of marketisation.

Elsewhere Paul-Francois Tremlett shows how religious practice itself is shaped by the market, as places of worship shift from church to shopping mall and internet; and David Donnison writes as part of the generation shaped by the great turn to the left at the end of the second world war. As he argues, the radical, egalitarian tradition has never been altogether driven out of our culture. Identifying, opening up and maintaining spaces for debate will play a central part in the building of new political futures for the twenty-first century.

1. For a discussion on the connection between defining the nation and spaces of democracy in Latin America, see Doreen Massey, ‘Learning from Latin America’, Soundings 50, spring 2012, pp136-8.