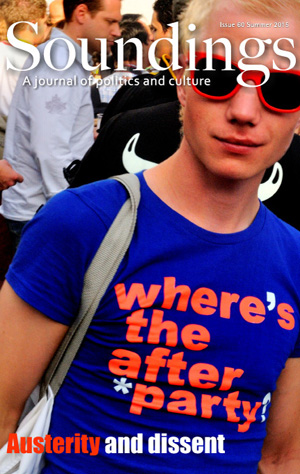 The first aim of this discussion is to think about what kind of a moment this is. When we began the Soundings manifesto, one of the things that provoked us into action was the recognition that, while there’d been a massive economic implosion with the financial crisis, there had been no political crisis, and the ideological hegemony of neoliberalism had been very quickly reinstated as the unquestionable common sense. There was no dislocation in the ideological and the political spheres, though there had been such a massive economic crisis. And that is why there is so much in the Manifesto about common sense and discourse, and the ways in which we think, and the need to change the terms of the debate. Our argument was that there will be no moment of more radical change - change that might affect the balance of social forces and make a difference to the relations of power - unless there is a crisis in the different instances of the social formation. An economic crisis is not enough. You also need a fracturing of the ideological and the political.