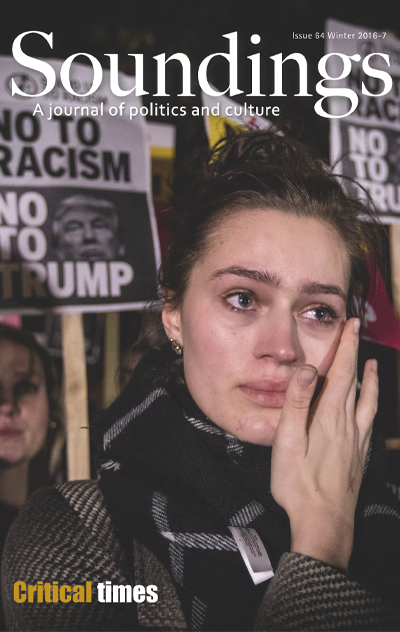 The September 2016 re-election of Jeremy Corbyn as Labour leader, with a renewed and increased mandate, was a significant political event, which should not be overshadowed by recent electoral successes by the populist right. On the contrary, these successes make it all the more important to understand the challenges facing the left. It is crucial that we succeed in making connections with an electorate that appears to be turning away from the left as represented by the old social democratic establishment. This is particularly important in the harsh context of the increasingly hard-right political project that is being mainstreamed in the rhetoric of Theresa May and her government. That this mainstreaming of the hard right is being constituted through relations between figures such as Farage, Trump and Marine Le Pen makes it all the more urgent to analyse and contest the terms on which it is gaining ground.